How to do Bank Reconciliation on iClips?

In agencies, the volume of launches can be large, and sometimes the bank's balance ends up not matching the balance shown on iClips. Reconciliation will help your financial team to resolve this situation practically and quickly. This tool will help you to verify the divergent values between the statement the bank generates and the financial records of iClips.

To carry out the reconciliation, access the Financial > General > Bank Reconciliation module. 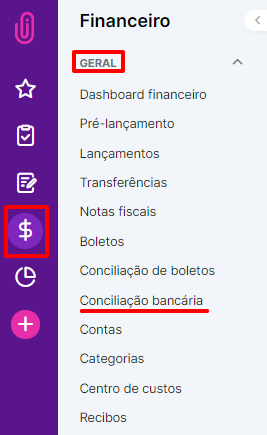 When a screen opens, you can access the reconciliations you have already done or import a new one. If you are doing this for the first time, the first step is the OFX File Import.

This file is requested from the bank and then imported into iClips.

The next step is to select the account and the period to which it refers and click on Import.

Once imported, we have three tabs.

2. Extracts to be reconciled

Lists entries of bank statements imported into iClips that have not yet been reconciled according to the filtered period.

3. Entries to be reconciled

Lists iClips releases that have not yet been reconciled according to the filtered period.

How to check Reconciliations that have already been made?

In the case of existing reconciliations, you choose the account and the period in which the reconciliation occurred. All entries will appear on the screen in a list format.

You can distinguish those that have already been reconciled from those that have not yet been by the green tag on the left side of each of the transactions generated in the statement. It's also possible to make this distinction by the amount that is entered in the Bank and iClips fields.

Click on the Reconcile button that will appear on the right side of each of the pending entries to perform a new Bank Reconciliation.

Once this is done, a pop-up will open. Select the entry (which is already registered on iClips) that concerns that transaction generated by your bank statement. Mark the entry in question and then click Reconcile. 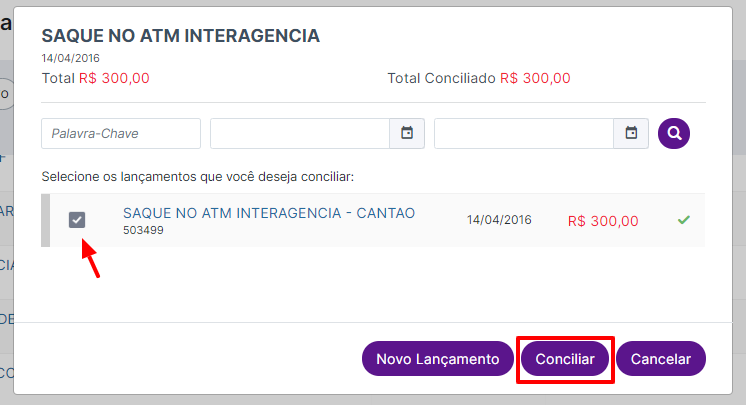 If no entry appears in the pop-up, the bank statement transaction does not exist on iClips. That means the entry was not registered in our system. To resolve this, you can click on the New Entry button and create the transaction corresponding to the statement in question. 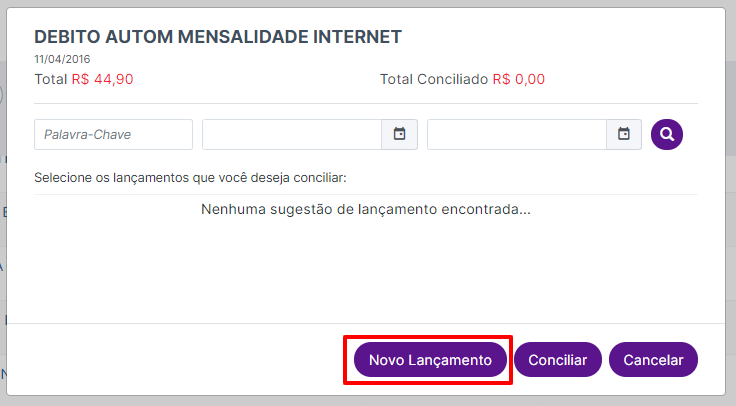 Just register the information for this launch, such as Type, Origin/Destination, Client, and Subcategory. After that, it will be created and automatically reconciled to the bank statement. 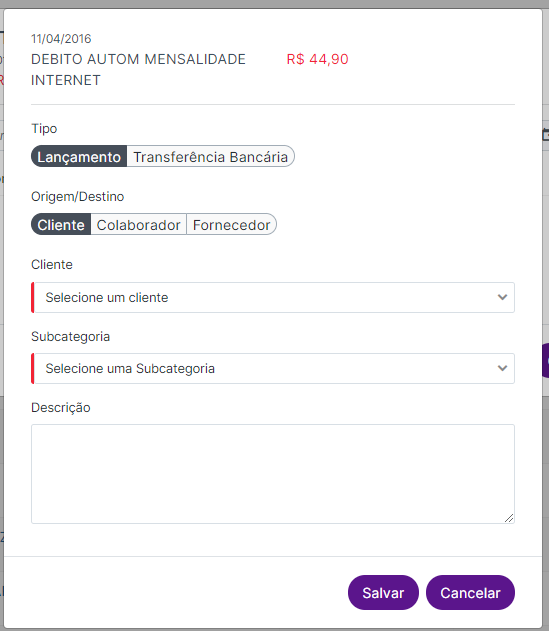 Access the Statements to be reconciled tab to see the releases of statements imported into iClips. If an entry appears on the bank statement but is not on iClips, there is the option to create a new entry directly from that tab. 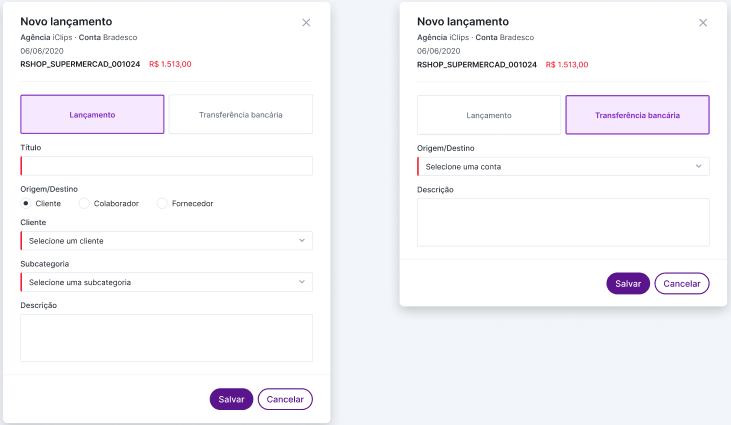 To see the releases of iClips that have not yet been reconciled, click on Releases to Reconcile.

Note: the required file is the OFX, which can be issued by your bank. After importing, all the entries present in the imported file will appear, and you will be able to reconcile them with those created on iClips. 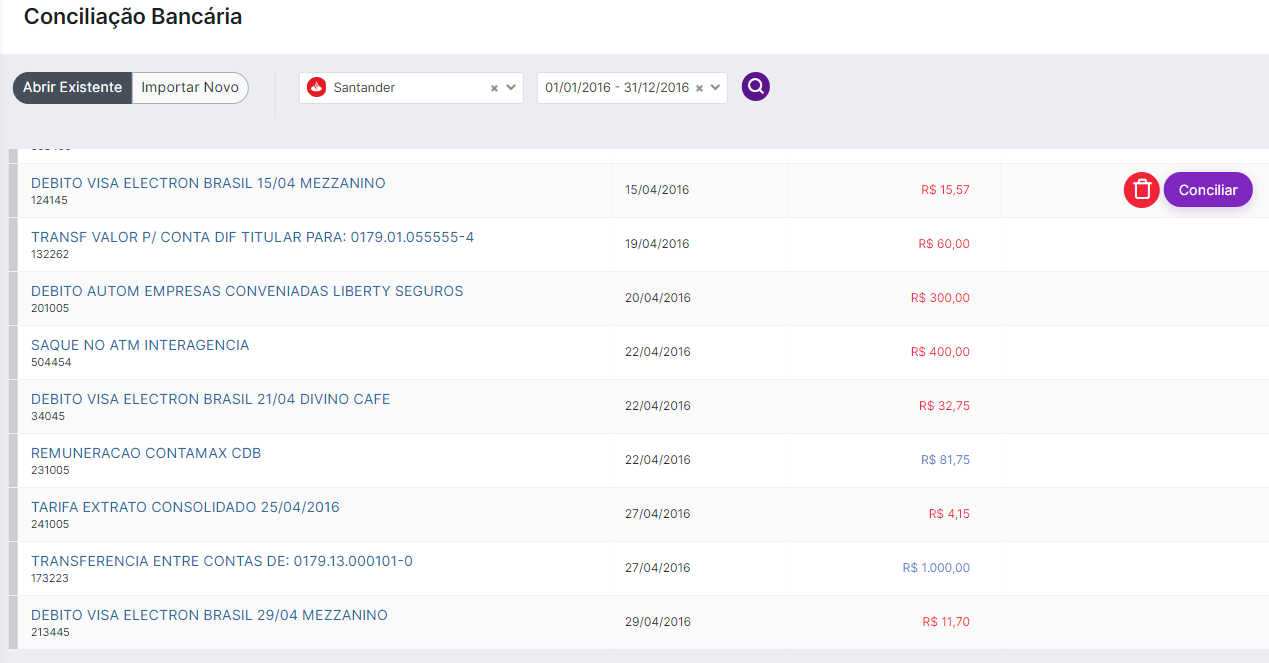 Still need help? Just call us at help@rockcontent.com or on the platform chat, and we will help you!