Direct Messaging allows moderators to directly message any front-end user from a reader comment or public reply created by that user. The direct message is only visible to the front-end user - it is not published in the public stream. This feature improves audience engagement by allowing moderators to personalize their interactions with users in privacy. This feature also allows moderators to delicately handle sensitive questions, and to more effectively moderate their users' content without exposing those efforts to everyone within a stream.

Learn more about Direct Messaging from the back-end and front-end:

Direct Messages in the Back-End

When enabled, any user with the ability to moderate comments in the Content Studio can access direct messaging: Administrators, Developers, Editors, Moderators.

Direct Messages can only be sent to front-end users who have left a comment or replied to a post. 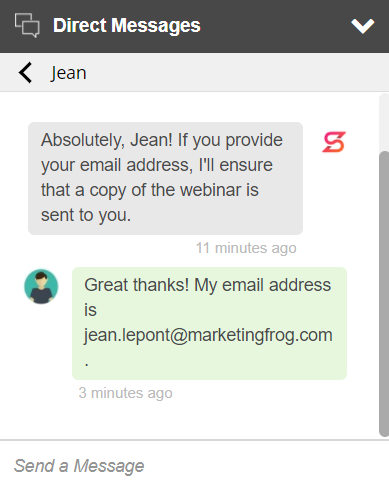 Once a front-end user has submitted a comment or a public reply, a Direct Message icon 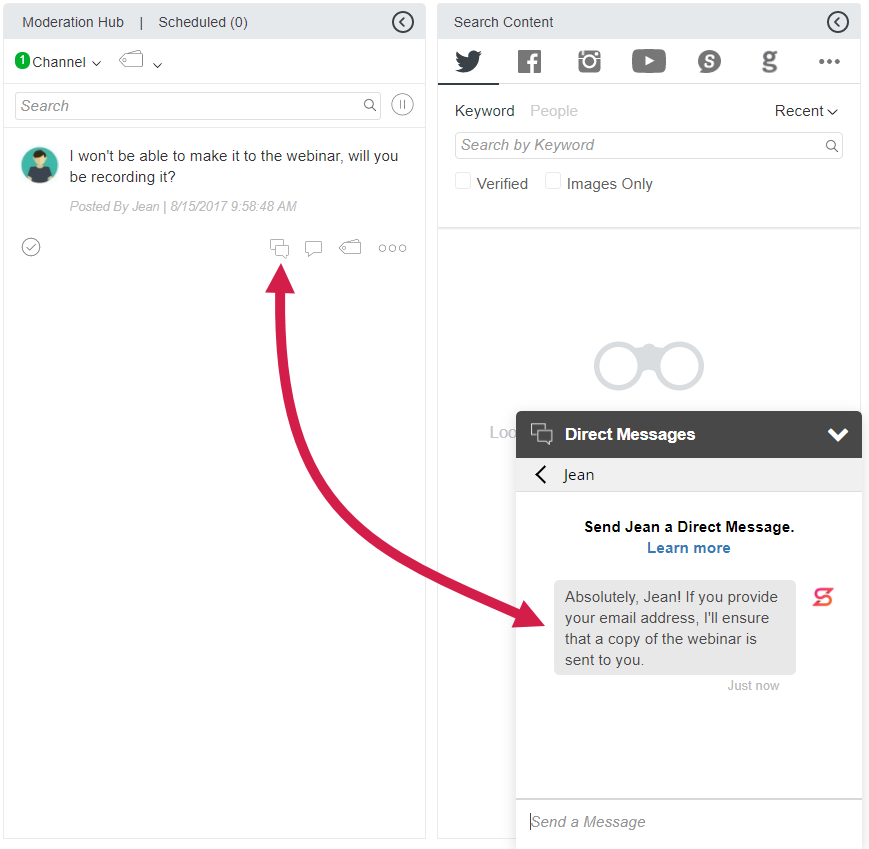 When you receive a message from a front-end user, you'll be alerted via a notification counter in the chat window header. If your chat window is collapsed, the header will change from black to green.

As the moderator, your messages will be displayed in grey. Messages from the front-end user will appear in green. 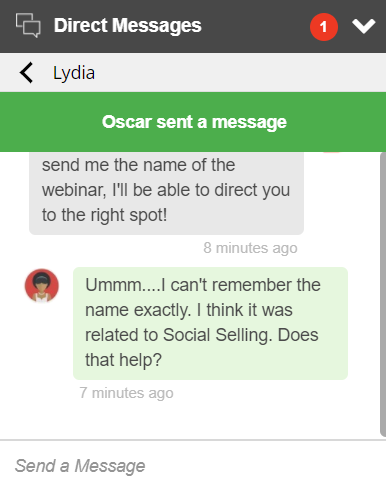 If you're engaged in more than one conversation, you'll still receive notifications for incoming messages. This notification will appear as a green drop-down immediately underneath the Direct Message header. It will indicate which user you've received a message from or state "You have received multiple messages."

You can have multiple conversations happening at the same time. All conversations are listed in the Direct Messages window. Even if your colleague started the conversation, you will be able to see the messages by clicking on the front-end user's name. 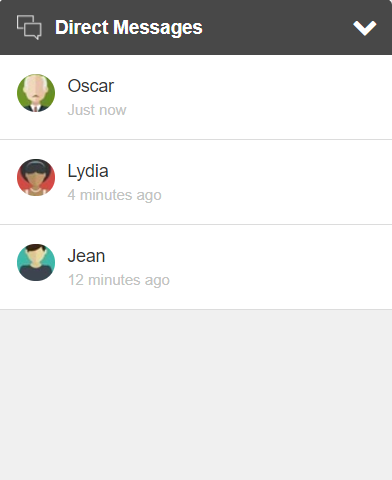 You can navigate between conversations by using the " < " symbol beside the user's name. 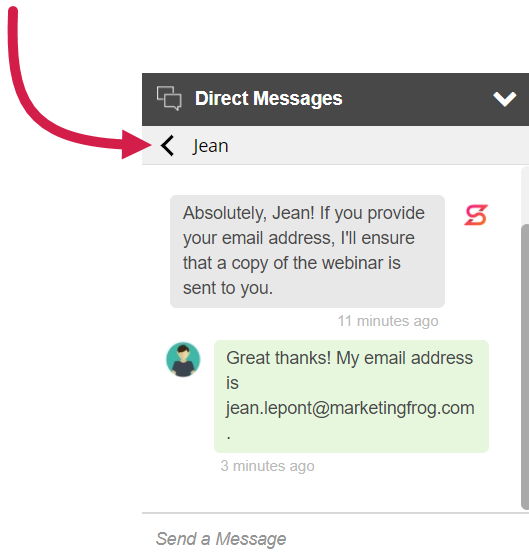 Multiple back-end users can respond to the same user:

Direct messages can not be deleted. Conversations will be saved and displayed within the chat module - with the most recent conversation at the top.

Direct Messages in the Front-End

When a front-end user receives a message, a notification will appear close to the comment box at the top of a stream.

Front-end users can type their responses at the bottom of the chat window and press Enter/Return to send the message. The message will be sent to the Direct Messages module in the Content Studio.

The front-end user's messages will be left-aligned, while the moderator's messages are right-aligned: 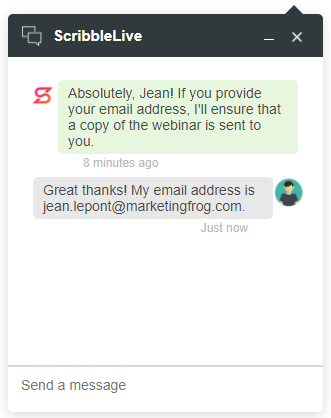